The Night Before Christmas at the Harvest Moon Bed & Breakfast

Just a bit of a Culinary twist for this Lancaster County Bed and Breakfast! 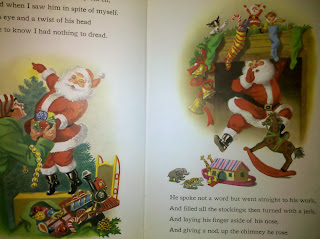 Twas the night before Christmas
When all through the House 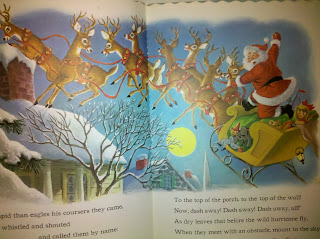 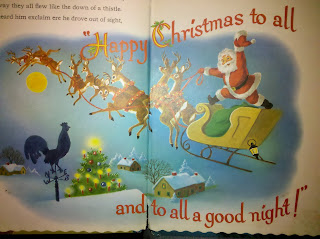 The Harvest Moon  was not stirring
Not even a Mouse.

The muffins were prepped by the mixer with care
In hopes that Chef Carl soon would be there.

However, Chef Carl was nestled all snug in his bed,
While visions of breakfast danced in his head

I in my apron and a great big chefs hat,
Had just settled down for a long winters nap.

When out in the kitchen there arose such a clatter
I sprung out of bed to see if someone had spoiled the batter.

Away to the hallway I flew like a flash,
to see if someone had disturbed my stash.

The kitchen all shadowed with the lights turned on low
Gave a luster of midnight with a bright little glow.

When what to my wondering eyes should appear,
But a big ole sign that said, "guess who was here"

With scribbled up writing so messed up and quick
I knew in a moment it's my friend, oh how slick.

More rapid than eagles I figured his game,
For he left clues behind oh what a shame:

Now Raisins and Cranberries! Now Oranges and Lemons!
On honey filled donuts made from our friend Clemmons!

To the top of the refrige, to top of the wall!
Now isn't it simple... I think it was Paul!

Now Streudel how easy, it's easier than pie,
When they meet at the table they catch everyones eye.

So out to the kitchen my slippers they flew
Reaching for spatulas as I passed  Grandma Sue.

And then in a twikling I saw the bread proof
And oh how it rose clear to the roof.

As I drew in my head and was turning around,
Out came my frined Paul without making a sound.

He was messed all in flour from his head to his foot.
And his clothes were all tarnished with black oven soot.

A bundle of whisks he had slung on his back,
He looked like a peddler reaching for the spice rack.

His eyes were intense! His dimples how red.
He just finished baking ten loaves of bread!

His droll little mouth was drwan up like a bow,
For his beard covered with flour, looked like pearly white snow.

The stump of the loaf he held tight in his teeth,
And the biscuits how perfectly round like a wreath.

He held a up some mace  untop of his belly,
That was used for flavoring a bowl full of jelly.

Paul's bread was crispy and plump, it sat right on the shelf,
And I laughed when I saw it in spite of my self.

A wink of his eye and a twist of his head
Soon gave me to know he made pumpkin spice bread.

He spoke not a word but went straight to his work,
And filled all the coolers with a culinary perk.

And laying his finger aside of his nose,
And giving a nod Ok'ing the pros.

He sprang to the door and left with a whistle
that sounded like wind passing through thistle.

But I heard him exclaim ere he drove out of sight,
Merry Christmas To all and keep an eye on the muffins tonight!
Posted by Unknown at 9:46 PM No comments: